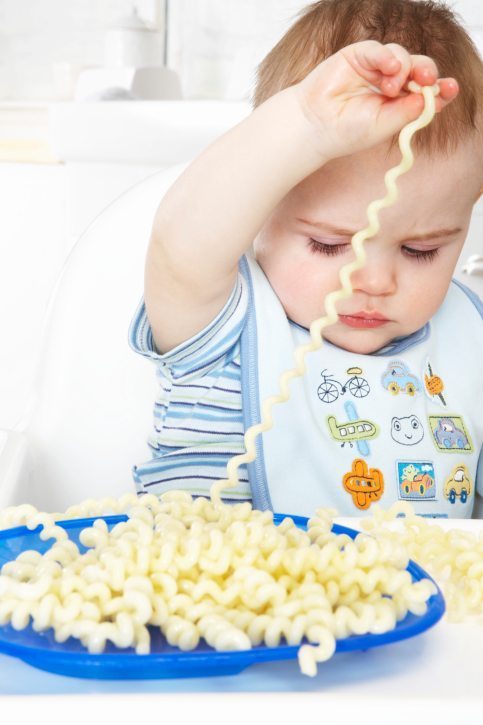 Experts in the field of child development advise parents to avoid introducing solid foods, such as cereal, into an infant’s diet until their child reaches between the ages of four to six months. However despite this recommendation, a new study suggest that approximately 40 percent of parents start their babies on solid food at too young an age.

The study also found that infants who were fed formula by their parents were more likely to start receiving solids foods earlier than infants who were breast-fed, according researchers from the Centers of Disease Control and Prevention who conducted the study.

The reason why child development experts recommend parents wait before starting their kids on solid foods is because infants haven’t sufficiently developed enough to eat solid foods prior to four months. In addition to a child not yet having fully developed the capacity to handle solids, the early introduction of solid foods has also been linked to the development of a variety of chronic conditions in children, such as eczema, diabetes, celiac disease, and childhood obesity.

The results of the CDC study were published in the Pediatrics.

As part of the study, researchers at the CDC surveyed over 1,300 mothers with infants. Researchers discovered that 40 percent of mothers introduced solid foods into their child’s diet before he or she had reached four months of age. Approximately 24 percent of mothers who exclusively breast-fed their children introduced solids at too early an age, while 53 percent of infants who fed on formula were given solids early on. Of the children that received both formula and breast milk, 50 percent received solids before reaching four months.

When asked by researchers to explain their decision to alter their children’s diet, the moms involved in the study provided a variety of reasons, including “My child was old enough,” “My child was hungry,” “I wanted to feed my child something in addition to formula or breast milk,” “My baby wanted what I was eating,” “I was told by a doctor or other health care professional that my child should start eating solids,” or “I was told that eating solids would help my baby sleep better at night.”

Researchers also discovered that parents who fed their infants formulas were more likely to report having a health care provider tell them that it was okay to feed a child solids prior to four months. This suggests to researchers that health care professionals need to do a better job of providing parents with accurate information about their child’s development by establishing clear lines of communication. Through better communication, parents could gain an understanding for what constitutes as feeding cues for infants, and that a crying baby isn’t always one who’s hungry.

CDC researchers also found that the majority of mothers who started their children on solids at a young age tended to be younger, unmarried, possess less education, and be enrolled in a government food program for women, children, and infants.

When to Start a Child on Solids

While experts recommend not starting a child on solids until at least four months, each child develops differently. Some infants will be ready at four months, while others won’t be ready until five or even six months. There are no hard and fast rules about when a child will be ready to take that next step in their dietary development.

As a general rule of thumb, babies aren’t ready to start on solids until able to sit up by themselves and until they have lost what’s referred to as a “tongue thrust” reflex. If your baby pushes foods out of her mouth with her tongue when fed by a spoon, he’s not yet ready for solids.

Researchers also stress that parents shouldn’t feel rushed to feed their child solids, as breast milk and formula will still provide a child all the nourishment needed until he or she is old enough to safely eat solid foods.